By Assaf Bielski in The Orbs Project

This Monday (January 13th) marked the official launch of the Communications Business Automation Network. CBAN was initiated by the GLF (Global Leaders Forum), the main collaboration forum for the wholesale telecom business. Backed by some of the biggest telecom carriers globally, including names like Orange, Deutsche Telekom, and Telefonica, CBAN was jointly developed with a group of both telecom and blockchain technology providers. 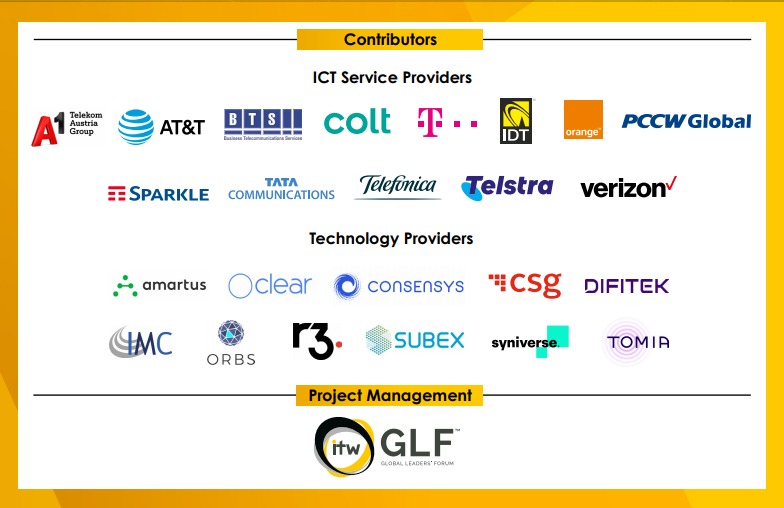 What is the point of CBAN?

The goal is to improve operational efficiencies, accelerate product portfolio enrichment and create new revenue streams for telecom carriers. This will be accomplished through the creation of a blockchain-based infrastructure enabling automation of inter-carrier settlements. The platform is the telecom industry’s first major project focused on automation of operational and commercial settlement, and it is the most significant blockchain initiative in the telecom sector to date.

Current inter-carrier transactions rely on processes that are both expensive and time-consuming. They rely too heavily on human intervention and are prone to manual error, slow and sluggish dispute resolution, long payment cycles and exposure to fraud. They are also very slow to adapt to emerging traffic types and new services (such as IoT, for example). By devising a standardized approach for the automated, real-time, trusted settlement of traffic between carriers, the CBAN will accelerate the development of next-generation network services.

Why is the CBAN using blockchain?

Blockchain allows for multiple parties, who do not have the complete trust in one another, to automate their shared business processes by collaboratively updating a shared source of truth, under agreed rules, without requiring a neutral third party for enforcement. This is a powerful tool that would allow automation in the areas of interaction between entities, where today human effort is required. Blockchain enables both bi-lateral and multi-lateral exchange, with selective disclosure of information, as well as guaranteed enforcement of pre-agreed rules. All these constitute a dependable environment for business interaction.

What has been done so far?

Since June, Orbs has been working together with the carrier members and other vendors to create the core reference architecture of the CBAN, as well as core principles for three separate first-use cases: Wholesale voice-call settlement, International Data on demand and mobile roaming.

As the CBAN strives to be inclusive and open, in its first stage 3 core networks will be operated by the CBAN members: An Orbs chain, an Ethereum chain, and a Corda chain. The first PoCs to launch in 2020 and beyond would rely on one or more of those chains.

What is Orbs role?

Orbs has been a prime member of this project from the beginning, helping to shape a major ecosystem in the telecom world backed by the industry’s largest players.

As mentioned, Orbs team members have been an active part of the core team designing the reference architecture and first use cases of the CBAN. Secondly, one of the core chains of the ecosystem is going to be implemented on the Orbs blockchain platform to be operated by the CBAN members. Finally, Orbs is working with several other telecom vendors (such as OSS/BSS software providers) to build the first PoCs in the CBAN ecosystem and will update on their progress in the coming months.

Download a copy of the Whitepaper released by the Communications Business Automation Network (CBAN): https://cban.net

Get the latest developments straight to your inbox.

Get the news that matters to blockchain businesses.
Curated, analyzed & in your inbox.